The Fossil Decker Chronograph is the latest in a long line of fossil watches that have been popular for years. They are well-known and often used to symbolize the rugged lifestyle, but they don't always hold up very well over time. The design has seen some changes over recent years, but remains relatively similar with regards to looks and functionality.,

The "fossil decker chronograph manual" is a watch that Fossil released in the early 2000's. The watch has been designed by Michael Graves and it is a great timepiece with a lot of style. 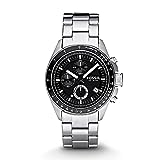 Although they have recently made investments in Swiss production facilities, Fossil watches typically place a greater emphasis on style than on functionality. In 2013, Fossil started selling timepieces from the luxury Swiss-made Fossil Swiss line.

Our reviews are based on our first-hand experience with the watch. All photos and media are created by us (unless otherwise credited). Learn more about Our Watch Reviews Process.

Although it is pricey for what it is, the Decker CH2573 is quite nice. In large part because of the silicon strap, it is pleasant to wear. It provides exceptional night visibility and has a pleasant feel on the wrist. In almost every way, it's a perfectly normal watch. 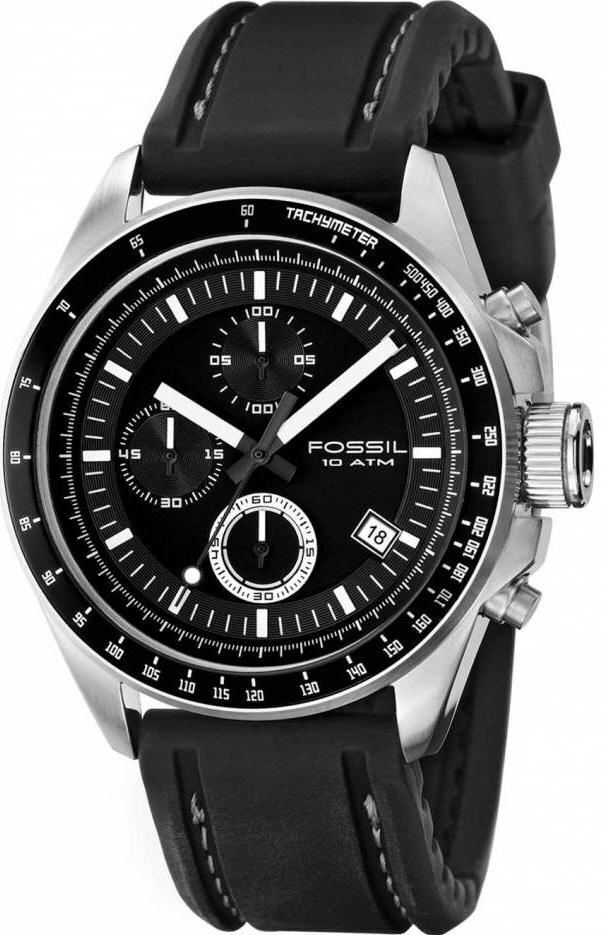 The crown is used to adjust both the time and date displays. When the crown is withdrawn, the quartz movement will halt all timekeeping, making it simpler to set the time exactly.

The black on black silicon version of the Decker is the most attractive out of all the available color choices. The silicon strap with contrast stitching is a good addition and fits perfectly with the aviation theme that Fossil is aiming for.

The typeface selection for the subdial and tachymeter markings is... intriguing. It could appear out of place since it contrasts with the spherical "Fossil" emblem. The typeface is squared off, while the rest of the dial is curved. But I believe a younger version of myself would have enjoyed it.

The chronograph buttons and crown are wrapped in polish, while the lugs are brushed on top and polished on the sides. It's a great appearance that feels polished, and the crown completes the design with a matte-finish front and a grooved exterior.

The outer grooved ring and the grooved subdial rings truly stand out from the dial thanks to Fossil's clever utilization of flat surfaces. The effect of the slight texturing is substantial given that the watch face is otherwise devoid of texture. It compensates for the absence of color.

If you don't hate the font choice, it's not a bad-looking watch. 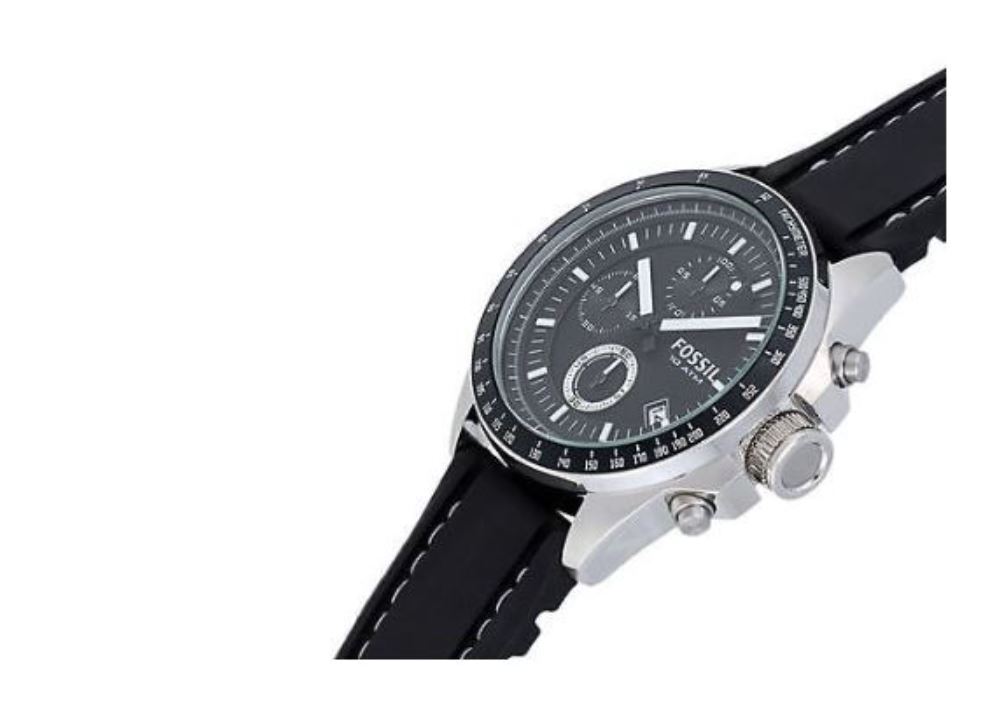 Fossil is at best subpar when it comes to build quality, as seen by my experience with the Fossil Twist Grant, but the Decker doesn't seem to share this flaw. Overall, the watch feels strong, and throughout the three weeks I tested it, I was unable to detect any glaring flaws.

The Decker has a mineral crystal, as one would expect from a watch with an MSRP around $150. It doesn't seem any worse for wear after being used, but if it's anything like previous Fossils I've used, handle it carefully. 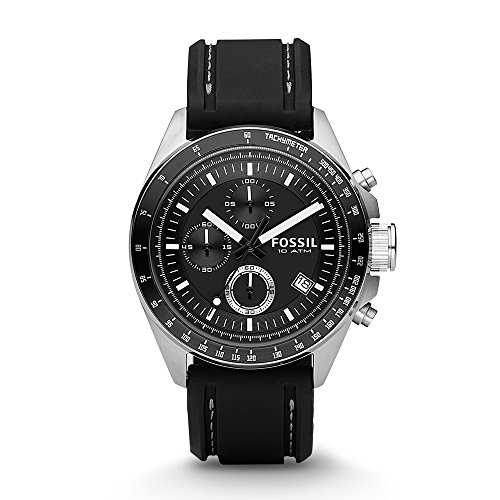 The stainless steel case is two-toned, with polished sides and a rim around the tachymeter and brushed tops to the lugs and buttons. The decision by Fossil to limit the shine to the vertical portions paid off—after three weeks of use, they still look decent.

The hands are on straight and the hour markings are neatly spaced out on the dial. This property is in terrific shape.

Fossil has discovered a silicone strap that is both stylish and pleasant to wear. Silicone straps are often hit or miss. Instead than being rigid as a rubber strap often is, it is soft and conforms to your wrist. In addition, unlike other straps I've used, it doesn't pull on your arm hair.

The clasp is made of polished steel and is an ordinary piece. It does seem to be handling usage rather well.

Information Regarding the Fossil Decker Chronograph 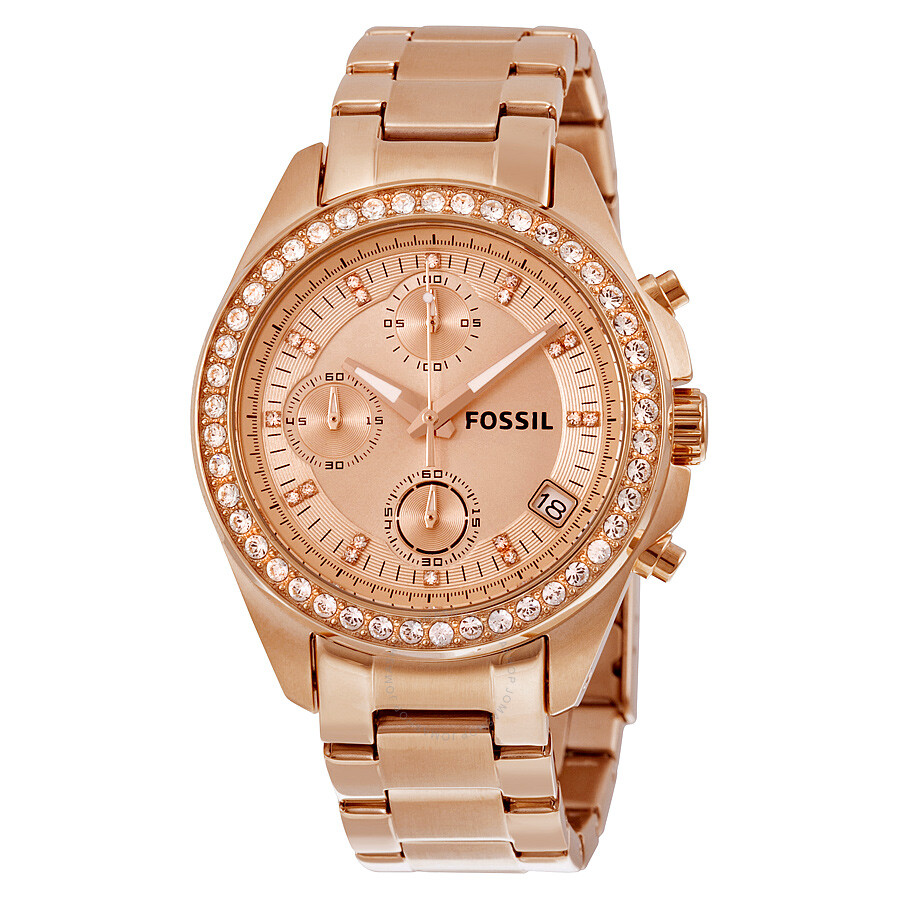 Unfortunately, I wasn't able to uncover any information regarding the Decker Chronograph's internal movement. It is just described as a quartz chronograph on the Fossil website, and there isn't much information online either. It is a precise movement, and my informed assumption is that it is of Japanese origin.

The Decker Chrono is a fair bargain at $105 per unit. If a chronograph is what you're after, the Timex Expedition Field costs $60 less and has far better nighttime visibility (due to Timex's Indiglo). It's also not a bad-looking watch, particularly when worn with a NATO strap or a silicon strap with contrast stitching (like the Decker).

The 11-year guarantee from Fossil is decent, and I've had positive interactions with their customer service. Especially if I were to offer this watch as a present to someone, I think such items are valuable.

Although I doubt I'd purchase it, it isn't necessarily a poor investment.

The "fossil ch2600ie manual" is a review of the Fossil Decker Chronograph. The chronograph has a stainless steel case, with a black leather strap and silver dial. It also includes quartz movement, water resistance to 100 meters, and an unidirectional rotating bezel.