The Timex Weekender Fairfield is the perfect watch for a casual or active lifestyle. It's bold, colorful and sporty with a bit of flair that makes it stand out from the ordinary design of other watches in its range. The water-resistant fabric strap can be replaced with any standard nylon band to create an entirely new look.

The "timex weekender review" is a watch that has been released by Timex. It comes in two colors, black and brown. The watch is made with a leather strap and has a water-resistant design.

The Weekender series, which has long been hailed as the greatest watch under $50, just received an update in the Fairfield. The same classic sense of design that I like about the Weekender is there in this larger, cleaner version. 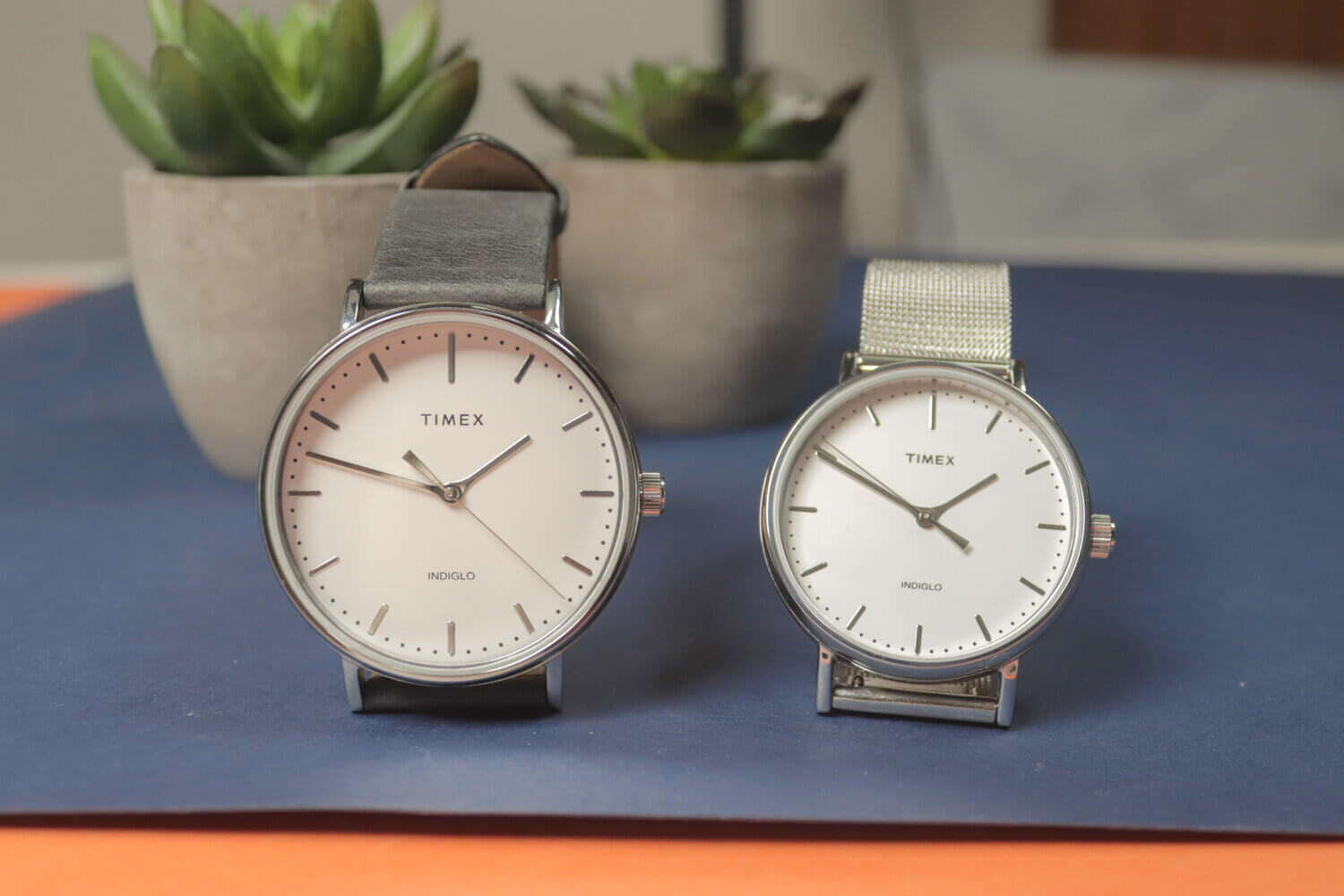 The Fairfield maintains a low price point while being more costly than earlier models, with prices ranging from $52 to $65.

Timex is adhering to a certain trend in watch design where straightforward and understated prevail over intricate and ornate. Beyond the grey leather seen here, it mixes this new style with some daring straps, and changing the strap is just as simple as ever if you want to switch things up. 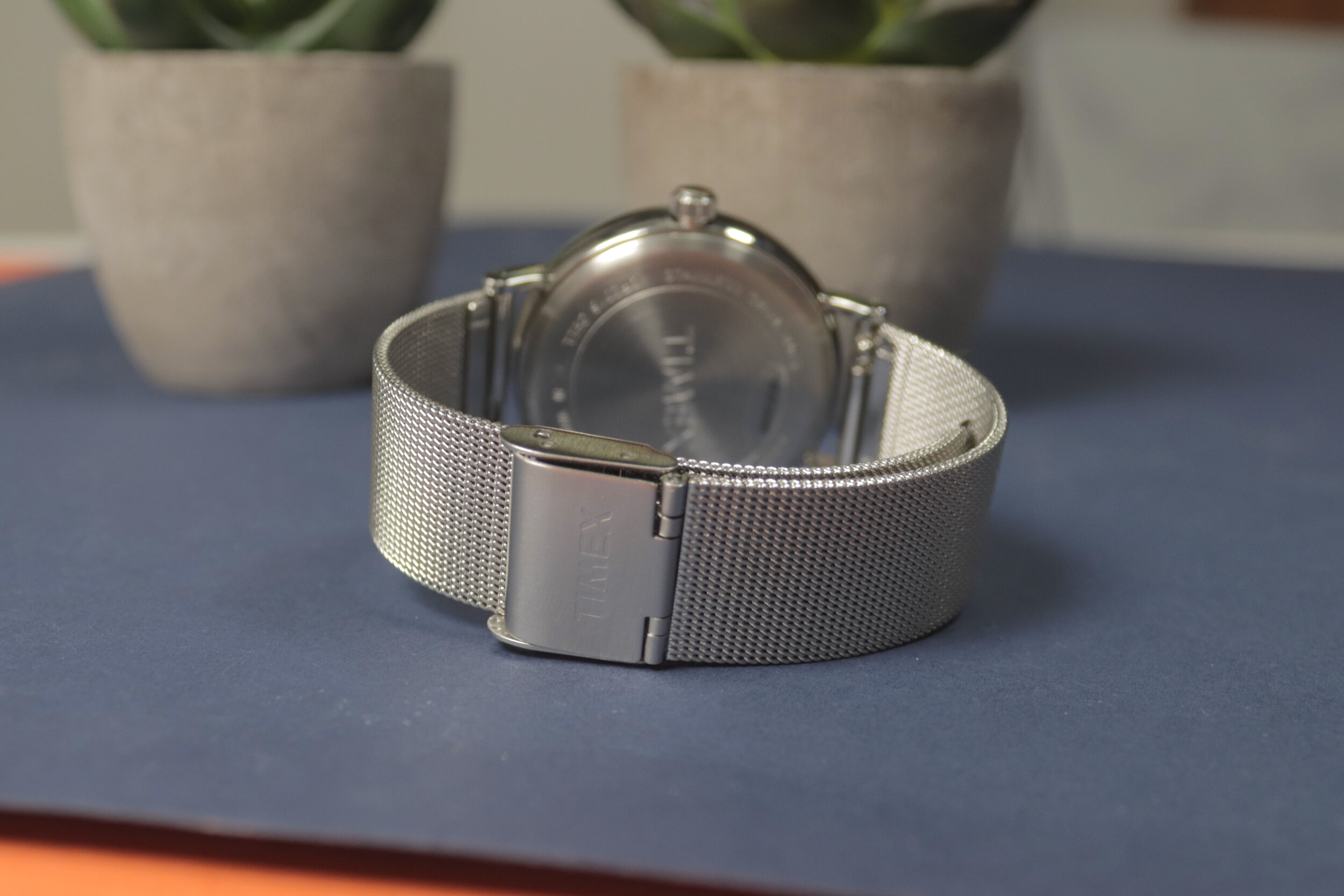 I was taken aback by how big it is. On paper, 41mm is a size that most modern timepieces fall within. Due to its all-white dial and NATO leather band, the Fairfield seems bigger on the wrist.

Though I believe the rose gold version has a little more elegance than the steel one seen here, the plain dial is complimented by the polished brass case, which has a shallow bowl-like form.

The Weekender has always been readable at almost any distance, even with the infant Weekender Reversible, which is something I have always enjoyed about the watch. The Fairfield lacks that functionality since it uses steel hour batons rather than numerals. By doing this, it adds to the sea of minimalism that is rapidly growing.

The Fairfield looks to lack individuality, maybe as a result of its minimalism. The grey leather version I'm wearing above is plainer than personable; the NATO straps, in my opinion, completely modify this, though I'd need to see them in person before making a firm judgment.

The Fairfield seems less solidly constructed than the Weekender Chronograph that I tested in early February. I can identify instances where the construction does not match the product's appearance when I zoom in with my macro lens, but I would wager that you will never be able to see these flaws with your unaided eye.

Although I haven't opened the brass casing to take a closer look, it seems to be rather thin. A distinguishing feature of the earlier and far less costly Weekenders is that you can readily hear the movement as it ticks on.

From the bezel, the flat mineral crystal juts out very little. I wouldn't put it face down on anything since it would probably scratch. The crystal is clear and doesn't reflect much glare other from that, which is advantageous for amateur watch photographers.

The dial is where the poor construction quality issues are located under zoom. There is a hair, or something, sticking out from the top of the 12 o'clock marker, and almost none of the black dots marking the minutes between 10 and 12 are genuinely round. Small stuff, certainly, but still noticeable (when zoomed in).

The tan leather strap used on the Weekender Chronograph is remarkably similar to the grey leather strap on this Fairfield (model: TW2P91300ZA). This strap is thin and rather rubbery, similar to the one on the Chrono. For a time, it feels pleasant to wear and looks nice.

Early on in the review, the tan leather of the Chronograph edition began to show signs of wear, although the damage never appeared to worsen. The contrary is true with this grey strap, which becomes worse every time I wear it. Not only that, but compared to other leather I've worn, it reveals scuffs and marks far more obviously. In that regard, it makes sense that Timex has made a point of touting how simple it is to switch out its straps. Like Melissa noted, it seems as if the watch's primary goal is to increase strap sales.

The steel buckle is typical, displays no issues, and essentially doesn't need any thinking on your part.

If the noise it makes is any clue, Timex is most likely employing the same movement used in previous Weekenders without a chronograph. Yes, the Fairfield keeps the feature that gets the most attention on the Weekender. No matter where it is on my desk, I can hear this thing tick, which is remarkable given that it is competing with a desktop PC that has four cooling fans operating.

Its accuracy was shown by Toolwatch.io to be within 1 second each day, which is approximately where you'd anticipate finding a quartz movement.

As there are no complexities on the Fairfield, setting the watch is as simple as drawing the crown to the second position and rotating. 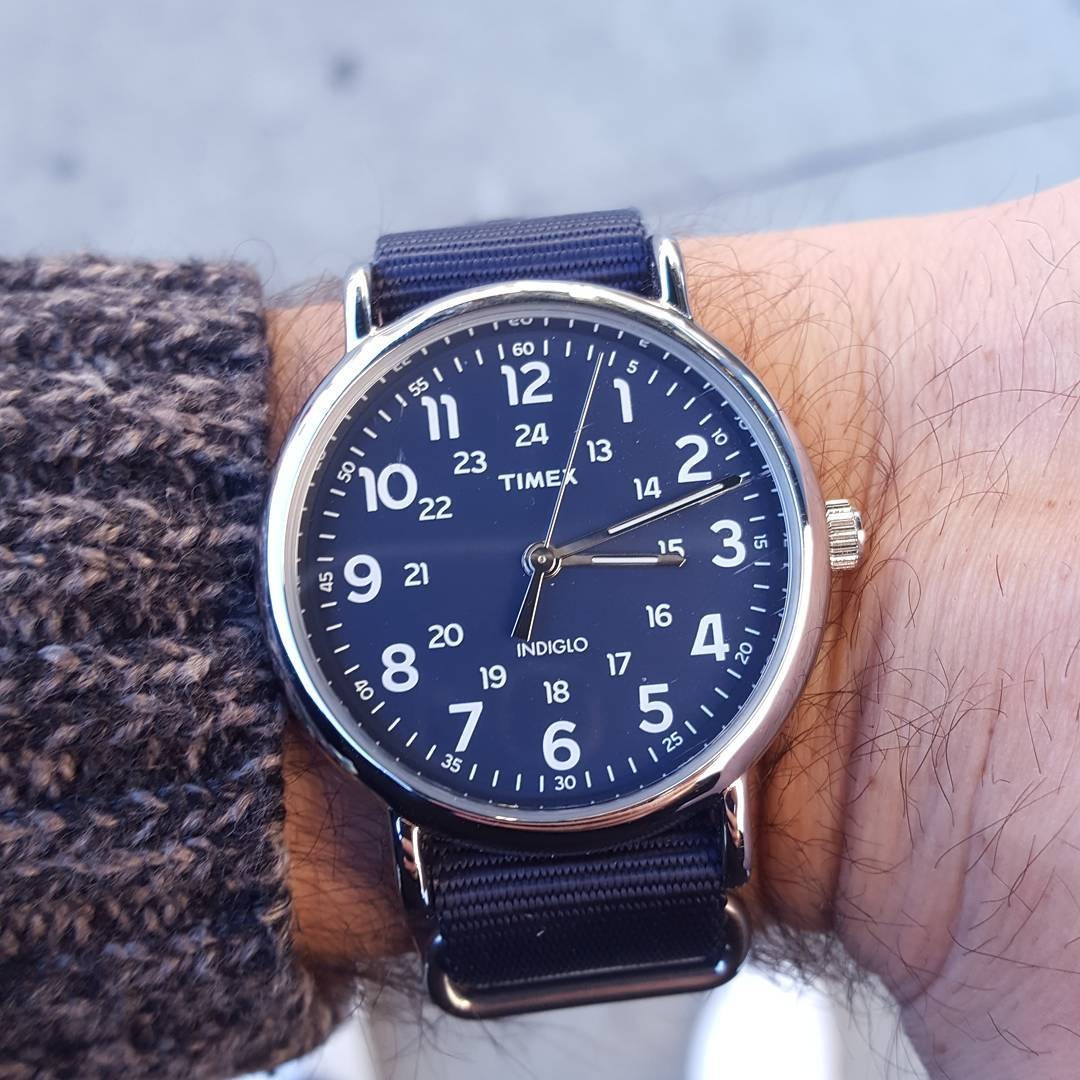 Is the Fairfield an Upgrade to a Higher Class?

The Fairfield is a good option if you like how it looks now. Although it only brings the price of the different Fairfield models up to just north of $60, they are typically approximately 50% more costly than a Weekender 40. Although it's unfortunate that all you're actually getting for your money is a watch with a 1mm bigger case and a more upscale appearance, this Timex is a good option if that's what you're looking for.

As simple as timekeeping gets, this is it. Its nighttime vision is excellent (due to Timex's Indiglo), the battery will last a very long time, and changing the strap just takes 20 seconds. All you'll need is a Fairfield and a few more bands if you want a watch that matches your whole attire.

Being impartial, appearances and personal inclinations have no bearing on what makes a good watch. The Fairfield is an objectively nice watch, excluding a strap that seems to have seen better days. It is affordable, well-made, and offers plenty of wardrobe diversity. I bet that Timex will sell a gazillion of them.

The "timex weekender history" is a watch that has been around since the 70s. It was originally released as a mechanical watch, but now it is only available with digital displays and quartz movements.