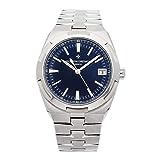 The history of the current luxury steel sports watch is well-known among aficionados or, at the very least, the widely held account of events. The Swiss watch industry needed to reinvent itself in the 1970s. Sales had been affected by the so-called "Quartz Crisis" as it influenced customer preferences away from mechanical timepieces.

Many Swiss watchmakers also began producing quartz timepieces, and most of them still do now. However, they were usually seen as a few steps behind the Japanese rivals at the time, just like Seiko. On the other hand, Audemars Piguet was one of the few companies that stuck to its watchmaking heritage.

At the 1972 Baselworld exhibition, Audemars Piguet Royal Oak 5402ST made its premiere. It was more expensive than many of AP's 18k gold watches. Nevertheless, the premium steel sports watch gives birth to a new segment. Royal Oak was a hit. The model modified AP's fortunes. It is one of, if not the most important, reasons for the brand's current success. Genta worked his magic again for Patek Philippe four years later. Another high-end steel sports watch with an integrated band has been released, Patek Philippe's iconic Nautilus.

Vacheron Constantin did not use Genta's design services for its "game-changer." Instead, it was Jorg Hysek, a young man who is now regarded as one of the most accomplished contemporary watch designers.

However, the brief was similar. It had to be a huge departure from the brand's traditional dress watches. Sporty yet fashionable. On the wrist, it's instantly recognizable as a Vacheron Constantin.

Its tonneau-shaped case was made entirely of one piece providing 120m of water resistance. Unlike the other two, it featured a plain dial with baton markers for hours and no pattern.

It was all framed with a non-rotating notched circular bezel. The golden Maltese cross on the casing at 5 o'clock added a not-so-subtle touch.

The 222's complicated integrated bracelet is one of the most intriguing features of the watch. The center links are odd hexagonal. They're extremely comfy and attractive. VC also produced a two-tone variant with gold bezel and center links. There were three case sizes to choose from 37mm, 34mm, and 25mm. The brand employed the quartz movement in the latter. They also placed the VC1120 caliber in the other two.

The Jaeger-LeCoultre caliber 920 served as the foundation for this movement. JLC created an ultra-slim automatic movement in the 1960s. AP and Patek also used the movement for their luxury sports watches.

The 222 was a great success for VC. However, the Royal Oak and the Nautilus have only recently gained popularity. Vacheron discontinued it in the mid-1980s, and fine specimens are highly sought.

The 333, and subsequently the Phidias, were its successors. Neither of these ventures proved to be commercially successful in the long run.

Vacheron Constantin was the last of the Swiss watchmaking 'Holy Trinity' to unveil a luxury sports watch in 1977. The first Overseas was not established until the mid-1990s. Since then, the VC Overseas have fought the Royal Oak and the Nautilus in an endless conflict. The Overseas line has always been overshadowed by its two main competitors and was in desperate need of a game-changing makeover. It happened at the beginning of 2016, on the 20th anniversary of the Overseas.

Many community members believe that the white gold 2000V (now discontinued) in 40mm is the ideal size. Therefore this is a watch that you should try on many times at a boutique before purchasing.

While "contemporary sizes" are no longer 33mm dress watches, a lot of people wish that there was a better middle ground between the 4500V and the 37mm 2300V sizes.

In terms of the case itself, an outstanding feature is the complexity of the case's side profiles, which extend all the way down to the lugs.

Smooth and rounded curves meet the hard and flat geometric edges to create a visually fascinating look that is subtle and contemporary, much like Vacheron's Quai de L'ile collection of watches.

The highly polished surfaces on the case have a certain degree of practicality - little hairline scratches can be readily repaired, and the watch still looks fine after a year of use.

When compared to an Audemars Piguet Royal Oak, which appears unattractive once daily-wear scratches appear, this holds up extremely well over time.

The brushed finishing shows that this is a significant upgrade from mid-tier timepieces. In some lighting, the quality of polish creates a prism appearance that looks fantastic.

Scratches are unavoidable on these surfaces, but the brushed surfaces serve to emphasize the changes in angles and forms throughout the highly polished case surfaces.

Finally, the 150m water resistance is more than adequate for most people, and you can use the watch not just for swimming but also for showering, even for painting the walls of your house.

A black dial was added to the collection earlier this year and is attractive, trendy, and simple to mix. It's difficult to go wrong with a black face, and this watch's inky black lacquered display is stunning. After so many years of a blue dial, it's also nice to see a black dial. The black dial, which is now available in blue, brown, and silver, is the most elegant and easy-to-combine choice.

The dial took a long time to develop, according to Selmoni. The Overseas' had an older feel and were inspired by dials from the 1950s and 1960s with their two-tone finishes and depth.

They worked extremely hard on the dial of the Overseas 3 and manufactured over 100 prototypes to acquire the color and finishes they desired. The flange is satin-finished, and the hour markers and hands are faceted for added volume and made of 18k white gold.

Vacheron Constantin finally introduced a new, in-house movement in this Overseas model. The 172-part Calibre 5100, designed and produced by Vacheron Constantin, has a 60-hour power reserve and beats at 28,800 semi-oscillations per hour.

It's an automated movement with a 22k gold winding rotor that's designed to resemble a compass.

Another significant step forward for the new Overseas was receiving the Hallmark of Geneva seal. As a result, the Calibre 5100's construction and finishing provide one of the best quality.

The watch has a water resistance rating of 150 meters, which is higher than the Nautilus and Royal Oak. The watch also has a soft iron ring, which provides anti-magnetic protection of up to 25,000 A/m.

The Overseas' DIY interchangeable bracelet system is another appealing feature. This feature enables you to alter your watch's personality and wrist size in seconds with no equipment necessary, making it one of the simplest and quickest mechanisms on the market that even a toddler could grasp.

The watch comes with a sophisticated black alligator strap and a sporty black rubber strap and is presented on a gorgeous silver band.

The metal bracelets are domed and have a satin-brushed finish with polished interior angles that evoke the half Maltese Cross motif.

Its rubber band has a motif inspired by the same famous Vacheron Constantin emblem, and the alligator leather strap has a flat tip and a velvety nubuck lining with a micro-perforated effect. Furthermore, the straps' folding clasp is simple to install.

The 4500V costs US$19,900 at retail. However, getting your hands on one is challenging. VC was having trouble giving these watches out only a few years ago. That was before the Nautilus, and Royal Oak's prices skyrocketed. The rising tide has now lifted all ships.

As a result, collectors are rushing for an Overseas allotment. This increasing demand is reflected in secondary market pricing. A popular blue dial Overseas 4500V is presently selling for roughly US$28k - $30k. When compared to the US$100,000+ you'd have to pay for a Nautilus Ref 5711/1A, this is a steal.

Who is the Competitor?

There are several luxury steel sports watches available. The ceramic Rolex Daytona has practically evolved into its own category with a completely different background. Other competitions are Patek Philippe Ref 5711 Nautilus and the Audemars Piguet's Royal Oak Ref 15500ons. 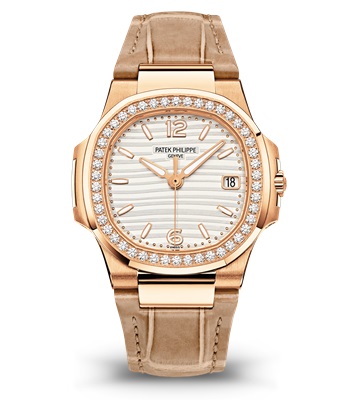 You may argue that the Lange Odysseus should be included as well. However, although it is indeed a high-end steel sports watch, this model does not belong to the same period as the other three, as seen above.

Should You Buy The Vacheron Constantin Overseas 4500V?

This watch is quite popular and a fantastic piece. The mystery appears to be why the Overseas 4500V hasn't appreciated in value as much as its competitors.

Nowadays, the Overseas 4500V is Vacheron's equivalent of the Royal Oak or the Nautilus. However, it is not from the same time period. Genta did not create it, and it also had less of an impact on the luxury watch market than the other two.

That isn't to say it isn't as good as the competition. I tend to believe it is even better because of the following reasons;

You also get everything you'd expect in this price range from a modern luxury sports watch. Of course, many people will focus on the other two's outrageous price increases. Human nature dictates this. However, if you choose the Overseas 4500V, you'll have a lot of money left over to spend on other things.

Yes. Apart from Rolex and Patek Philippe, Vacheron holds its value better than most other brands. However, they aren't the better of the two brands in terms of brand recognition and resale value.

2. How accurate is the Vacheron Constantin Overseas?

The 5100 movement has a diameter of 30.6mm, 172 components, a power reserve of 60 hours, and beats at a modern 4Hz. The watch's accuracy is said to be around 8 seconds per day, consistently leaving roughly a minute behind. This is within the Geneva Seal guidelines.

3. How long is the waitlist for Vacheron Constantin Overseas?

Over the last year, customers have been struggling to get an Overseas reference of any kind from Vacheron's boutique network, with wait times ranging from six to eight months between order and delivery.